Getting the best out of your marketing agency contracts

Agency-advertiser agreements may at first sight seem one of the least interesting parts of marketing. But in the ever-complex media and marketing industry, it is essential to understand the complexities of fees, ad-fraud and rebates - especially as the list of agency partners and intermediaries keeps growing.

These agreements vary in detail – from the sometimes non-existent, consisting of only a few short pages to the overly complex where 70+ page documents are akin to reading a boring novel. Once signed the contract is filed away to gather dust while everyone gets back to doing far more interesting creative activities.

Looking at digital advertising specifically, the client-agency responsibilities in a media agreement do not end when the media is placed – there is the added responsibility of ensuring the digital media they place is on a genuine site and viewed by real people, and then how it should be managed if this is not the case. This was never an issue when people just watched TV and read newspapers.

So, what does this mean for Africa – with the youngest and fastest growing population in the world, accounting for one fifth of the world’s youth population?

It has – like many other regions – seen a sharp shift to digital platform use. In many cases African consumers' first interaction with the internet will be via a mobile device and with the pre-Covid compound annual growth rate of mobile phone expected to be 4.6% between 2019 and 2025, the opportunity for more people across the continent to be connected to the internet is a boon for digital advertisers. While digital media bought programmatically is still in its infancy, it is expected to rise rapidly.

Such a dramatic shift means that advertisers’ agreements with their agencies need to keep pace with the way this new medium operates. They need to try to avoid the transparency issues other countries have experienced, with a lack of disclosure of intermediaries and charges being the biggest challenges along with ad fraud. Importantly they should be regularly audited for compliance.

All good contracts should include a commitment to transparency. While this is a generic point, it’s important to ensure that both parties are signed up to this principle should any dispute over access to information arise.

Every contract should specify an annual review. The media world changes fast and the work that agencies are asked to do evolves with it, as do the countries of focus – particularly in the emerging economies of Africa. Digital – which now dominates media thinking – is in a state of constant flux given the emergence of social media and mobile devices.

Similarly, trading practices change – an older contract may not have specified an agency should return monies from discount and rebates and operate a fully disclosed digital trading model, while an updated one absolutely should. The bottom line is that if a contract isn’t reviewed regularly then it will quickly become outdated.

The agency’s remuneration and any bonus schemes should be clear and well documented. After all, it is the talent carrying out the service within an agency that the client is paying for, not the agency brand above the door. The reward should be relatively simple to calculate and the contract should detail how it is measured and when it will be paid.

If using hourly rates, these rates should be included by person, with the calculation methodology documented (standard hours, overhead rate, margin). These schemes are far more effective when everyone knows what they stand to earn.

Keeping your eye on rebates

The contract should set out how AVBs (agency volume bonus), rebates and discounts are to be treated. This applies not only to media agreements but also to creative and other non-media agency contracts when buying services from third parties. It should specify that these payments, even where they are made to group or associated companies of the agency, should be passed back to the advertiser. The contract should also explain the calculation method (ideally pro-rata based on client spend for each media owner).

Rebates have also increased significantly in recent years as the rise of digital has forced media owners to offer more benefits to the agencies, either in terms of cash or free inventory. Failure to clarify this issue in the contract can be costly for clients.

Specify how to manage pass-through costs

The contract should state how unbilled and unreconciled pass-through costs should be managed. This needs to happen regularly, as otherwise the sums involved can build up.

The advertiser is obliged to insist that this review is carried out, but it’s also in the agency’s interest that it happens regularly. One client hadn’t requested a review for four years and when it was finally carried out, the agency had to return a sum in excess of seven-figures to the client.

There should be the option to amend the contract to reflect any changes in the scope of work and fees. Where an agency is expanding the relationship to carry out work outside the remuneration agreement, the fees or commissions should also be documented and a basis for calculating additional fees detailed in the contract.

It’s not uncommon for an advertiser to have hired an agency for planning and buying but then slowly expand the relationship to include new communications channels and countries. The cost of these additional services should be clearly documented as people using these agreements on both the advertiser and agency side can change, and misunderstandings of the terms can occur.

Audit rights should cover both the advertiser’s and the agency’s obligations, as well as the appropriate access to data.

Advertisers need unlimited access to their own data to analyse performance or competitor performance and for day-to-day planning and buying. Initiating an audit by experienced marketing auditors will not only ensure the diligence with which advertiser money has been spent but also ensure it has been treated according to the agreement terms – and that designated FTE’s are deployed on the account for example. It is far more productive to take smaller corrective actions to ensure full transparency than initiate a disruptive pitch if the contract deviations lead to undermining the relationship trust.

Finally, a clear management reporting timetable is essential, so everyone knows when they are required to reveal and deliver fee reconciliations if required under the contract, production balances, unbilled media balances and AVBs.

We would suggest this happens at least every six months, with AVBs repaid on an annual basis.

This article was featured in BizCommunity. 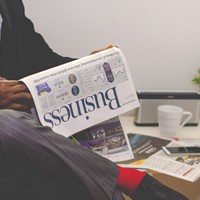