Alison is a chartered accountant and is the co-founder of ASJP Associates Ltd, set up in 2002, advising clients in their commercial relationships with agencies and performing contract compliance audits, later .

A spectre is haunting the media and marketing ecosystem: the spectre of inventory media.

Before the explosion and rise to dominance of digital media, media trading was relatively straightforward. Publishers, broadcasters, and other media outlets offered a finite number of spaces or periods of time in which brands could advertise – on TV and radio, in the cinema, in press and out-of-home. Media agencies would buy media slots on behalf of their clients, based on their specific needs, specific orders, and specific media plans, addressing the target audiences most suitable for the client’s products or services. Under U.K. law, this meant that the media agency was acting as principal in the transaction. It would recharge the net cost of the actual media incurred to the client, plus whatever commission – or fees – were agreed under contract. The cost of media paid by the agency was transparent and reported to the client.

How very different much of media trading is nowadays. For a while this model was applied at first to digital media inventory, both video and display, but it is by no means the only way digital media is traded today. Digital media publishers can effectively offer unlimited media space because websites and social media platforms are not bounded by the number of pages in a newspaper or magazine, minutes allocated to advertising on TV or radio, or available billboards. Since digital media space is unlimited, agencies developed the idea of buying up media inventory themselves, in bulk, and then reselling it to their clients. Welcome to the world of inventory or proprietary media, where agencies act as both agent and principal – in their own as well as their client’s own best interests – a new reality that generates inevitable conflicts of interest.

Inventory media is typically sold by agencies to advertisers with strict no-audit clauses. This means that advertisers have no clear line of sight as to how much the agency paid for the space and so how much of a mark-up the agency stands to make on the deal. This is problematic because inventory media can include fire-sale space – space that publishers were unable to sell – as well as free media given to agencies by publishers as part of a bulk deal. Because of the lack of transparency in inventory media trading, client-side CFOs have no idea of its price or value or whether the agencies are reselling space they never actually paid for in the first place.

The politics of risk and reward

Agencies argue that the no-audit rights clauses they include in inventory media contracts are a price worth paying for providing their clients with access to great value media. Because they buy the inventory before selling it on to their clients, the argument goes, they are taking on all the risk associated with that media buy and so should be free to sell it on at the price they determine, setting their own market price.

Often, the agency will claim that using inventory media enables them to deliver cost savings to their clients, but this might be based on a different and possibly sub-optimal media mix and be made up of a long tail of less appropriate or relevant media. Yet if the publisher or vendor was unable to sell the inventory – the best way for them to generate the best margin – but rather was compelled to sell it through a wholesaler, the media may not have been that desirable in the first place. What’s more, the vendor will want a margin and the agency will too, salami-slicing the client’s budget but in a non-transparent way.

The rise and rise of inventory media

Today, all the major agency groups and holding companies have their own inventory media purchasing divisions or subsidiaries. Most of them now have entities with different names for each media type, as this practice has spread from digital to all types of media. CFOs need to think carefully about this practice, because TV, radio, print, and out-of-home inventory is finite, unlike digital media space. For non-digital inventory media, therefore, this suggests that the agency is either buying less desirable media at a knock-down price or else is inserting itself into the chain for desirable media. In the long run, that is not good for either media owners or advertisers.

More worrying still is the extension of inventory media selling practices to other elements of the marketing mix, including to the sale of advertising on the leading social media platforms. This means that agencies may claim they have committed to a certain level of spend or pre-purchase with the platform prior to any specific client request and in exchange they will receive additional discounts from the platform. The agencies then go on to sell this space on a non-transparent basis.

This adds another level of opacity to media trading as far as advertisers are concerned, as the leading social media platforms self-certify performance and audience delivery, sitting as they do behind walled gardens. The approach has even been extended to the insertion of an agency entity as the middleman in the management of bloggers, influencers, and digital creatives. The inventory media approach casts a long shadow of the media and marketing ecosystem, meaning decreased transparency for an increasing proportion of total marketing investment.

Tackling the challenges of inventory media

CFOs should be concerned that the agency groups have inserted themselves into what was once a simple and much more transparent media supply chain, taking on the role of both agent and principal. To counteract the growing spread of inventory media, some of the options for remedial action include:

Ever since the U.S. Association of National Advertisers shone the spotlight on the lack of transparency in media trading with its agenda-setting report in 2016, advertisers around the world have invested more time and energy in seeking to reverse this long-term trend. Ensuring transparency is baked into the contracts they have with their agency partners is one, very powerful strategy they can use to achieve this. So, too, is staying on top of the changing terminology and definitions of different categories of media, and inventory or proprietary media is one area where – for many advertisers – action is urgently required. 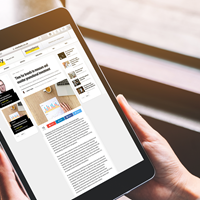 Time for brands to measure and monitor promotional investment